A housewife's conversations with her surroundings.

Embroidery carries within it an immense emotional history and I take comfort in its physical memory. I often use stitching in my work; piercing the fabric allows me to make a physical and emotional link with it, something which is especially important within the Playing house -series. Each piece of fabric is specific, depending on its history which I either know to be true or which it tells me through the evidence of a previous life; the mending of the holes, the stains, the wrinkles.

My approach to stitching is humble; a gentle mark-making gesture leaves a quiet but penetrating imprint. The sentences are written in white because there isn't a need for them to be seen, but there they are, permanently stitched into the fabric. 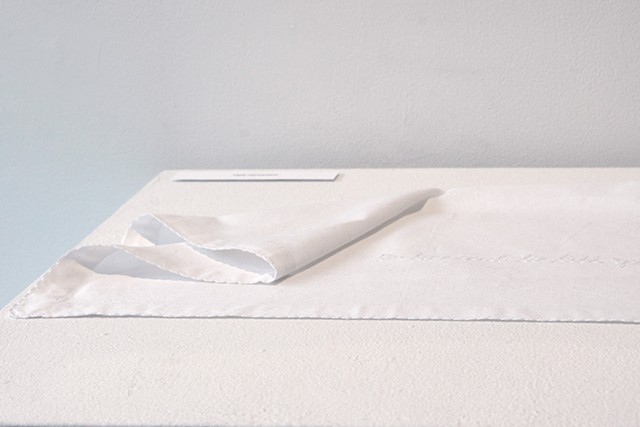 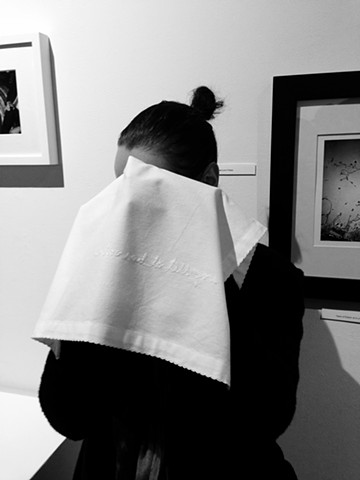 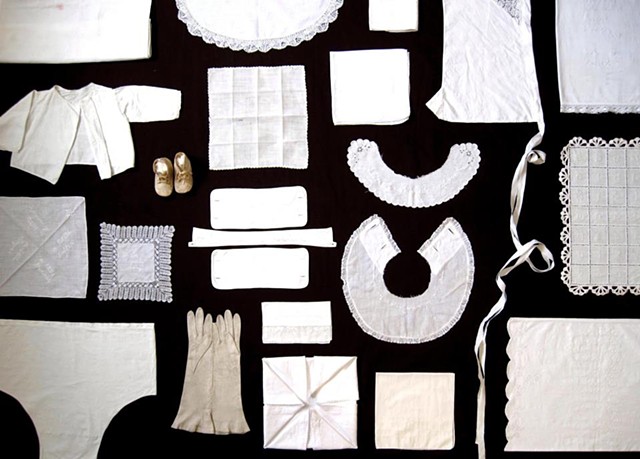 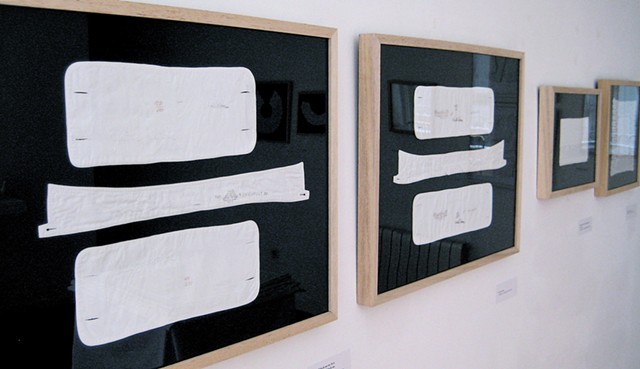 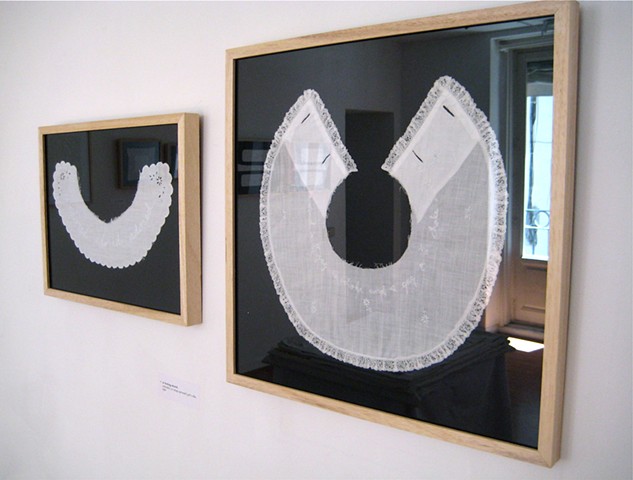 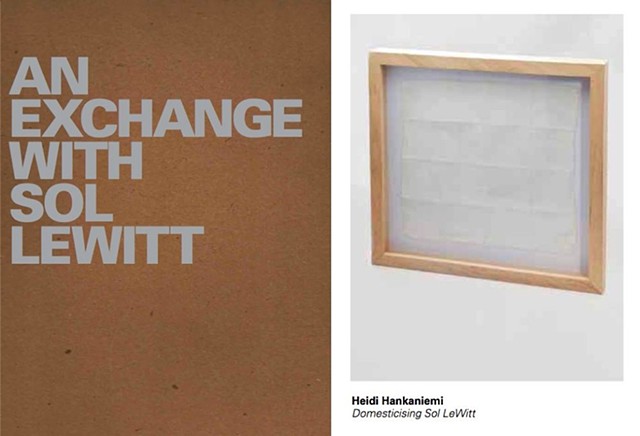 An Exchange with Sol LeWitt,
Massachusetts Museum of Contemporary Art

Manifesto: (a shrine to the Cult of Domesticity) 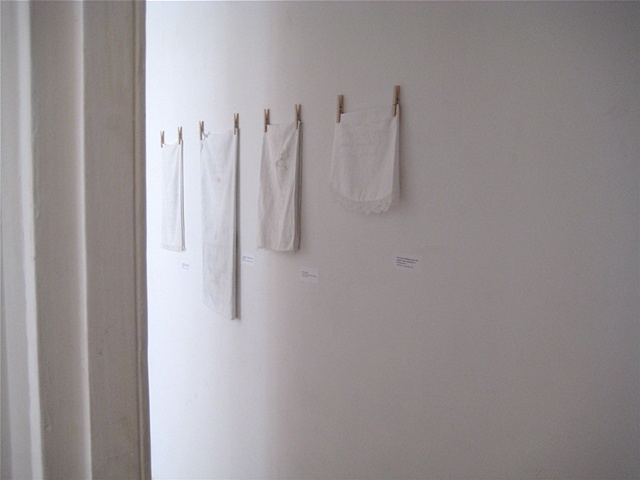 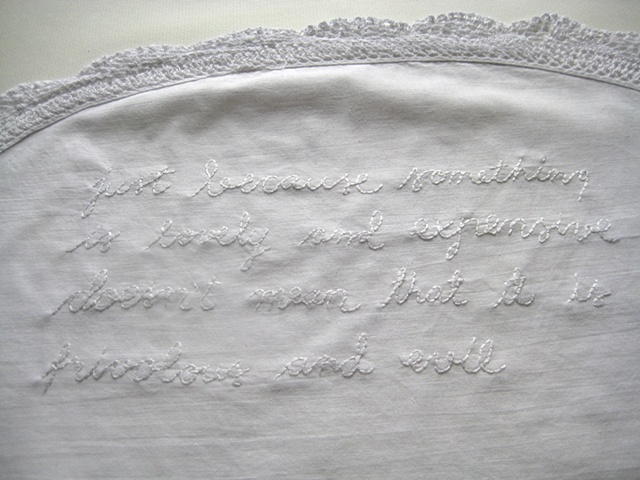 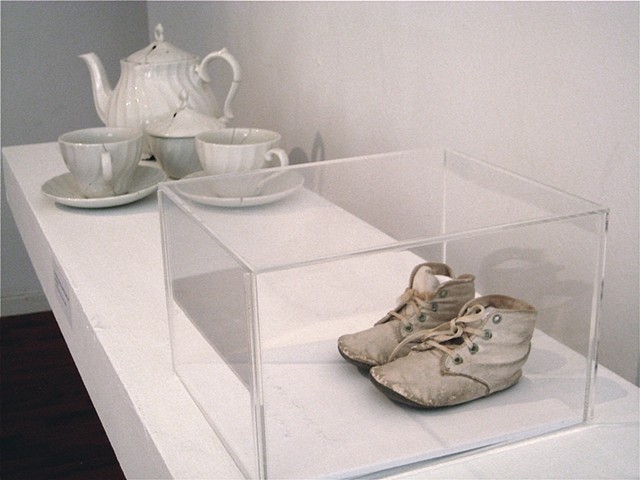 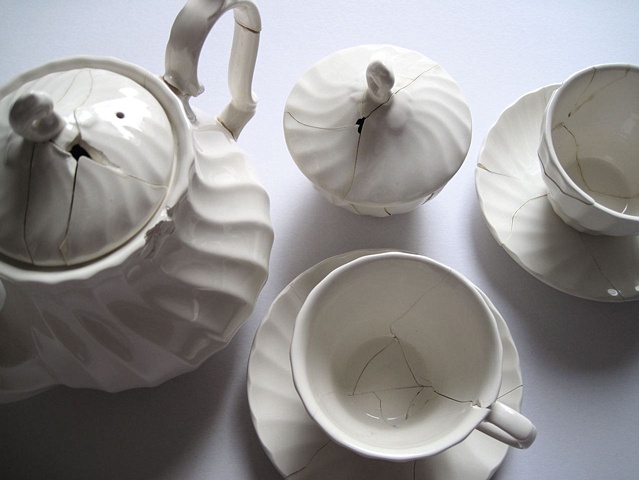 Everything is just wonderful, thank you for asking 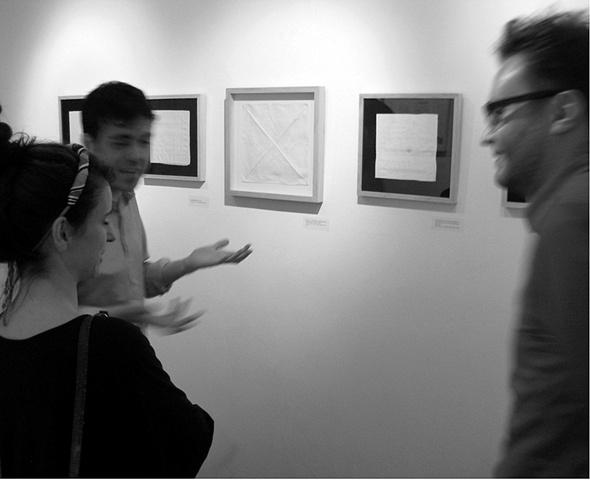 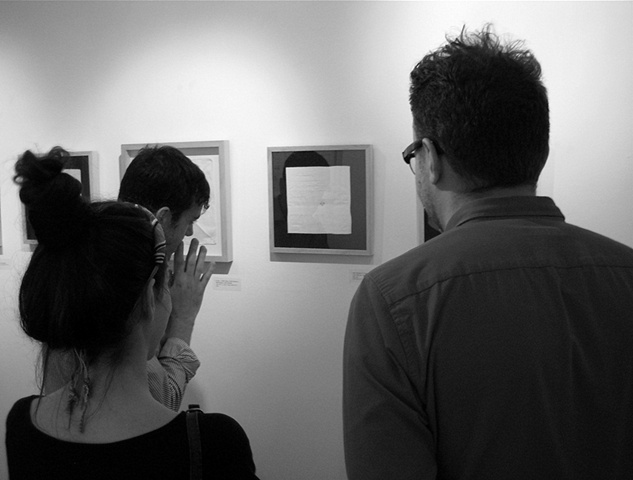 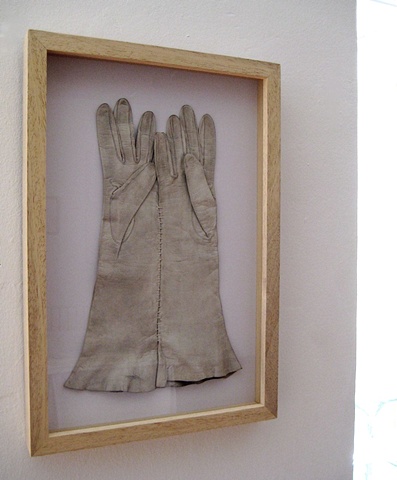 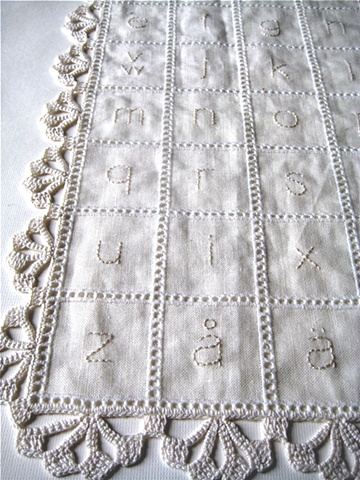 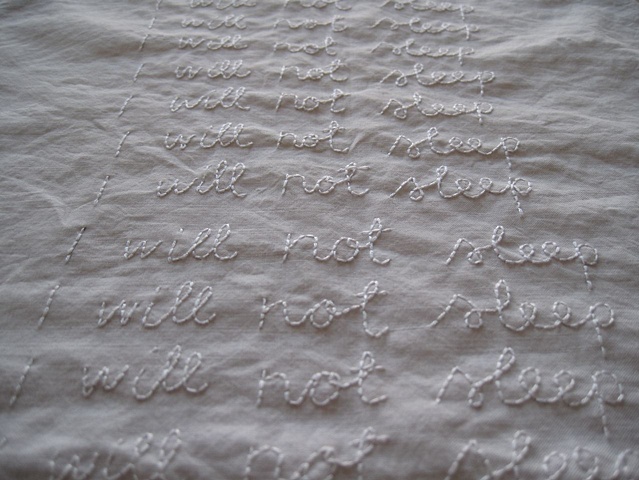 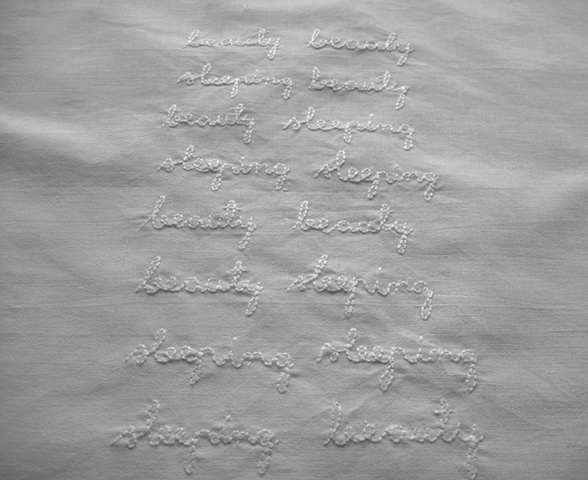 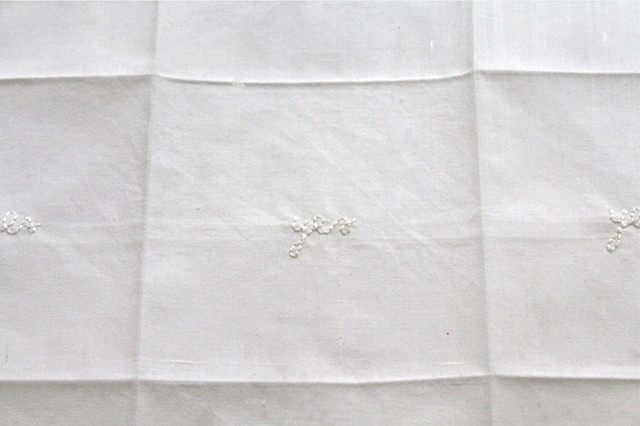 by Dr. Julia Domenech, Madrid Playing House is the Finnish artist Heidi Hankaniemi's (Ekenäs) first solo exhibition in Spain. It's in the words of the artist "…an ironic interpretation of how to play the role of a housewife." Based on ideas of the nineteenth-century "Cult of Domesticity" and "The angel in the house" by Coventry Patmore, the exhibition consists of a series of somewhat unsettling household objects that have been embroidered with verses, phrases and ideas that transform their essence.

Through Hankaniemi, with a strong background in the theory and practice of Conceptual Art (Hons. Central St. Martin's), the references to fabric and embroidery exceed the definition of (Rozsika) Parker's, to a practice that involves style, iconography, social function etc. This is to say, that after the Feminist Essentialists reclaimed the "fabric" in the seventies, and its re-appropriation by conceptual artists like Rosemarie Trockel in the eighties, and Louise Bourgeois, to whom Femme Maison (a tiny homage to Louise) is dedicated- embroidery is no longer an end in itself but has become a more aesthetic bracket, a medium with which to re-write objects, spaces and bodies into an aesthetic discourse which analyzes the complexity of our relationship with reality.

Ideas of repetition, as in Go to sleep mantra, visually resemble Osvaldo Salerno's blanket shroud La Pileta (1997) and remind us of the insistent character of this medium (sewing). One must see this as an ironic take on Freud's writings on female hysteria and embroidery. As we we lose ourselves in a blatant scrutiny of this collection of cloths, the intimate objects of others, the artist interrupts us by mixing in personal objects with others that aren't, while continuing to feed us fragments of their possible narratives. As is the case with the baby shoes for An ode to Hemingway's six-word novel (based on his short story: "For sale: baby shoes never worn")...."